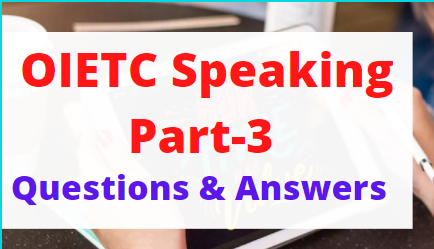 Do you think streaming services like Amazon Prime and Netflix are a good thing for traditional cinema or are they harmful?

Answer: Netflix is a subscription-based streaming service that allows our members to watch TV shows and movies without commercials on an internet-connected device.

Answer: Ad-free online streaming for movies and TV shows on virtually any device — that is the promise of both Netflix and Amazon Prime Instant Video. Netflix has a larger content library and apps for more platforms and devices than that supported by Amazon Prime. Netflix also offers subtitles (or closed-captioning) for more TV shows and movies than Amazon.

Answer: Streaming services such as Netflix have built their market in Bangladesh, however, it is still yet to fully capture the whole market, as most people in my country are still occupied with television channels as well as youtube. Still, slowly and steadily Netflix is grabbing the throne as the most trusted online streaming service in Bangladesh.

Answer: Because of my country still falling back in the online streaming service mania which has already captured the rest of the world, I’m still yet to watch an actual Netflix series, but I wish to watch one real soon. Maybe some Marvel OTT series.

It’s clear that gender roles and stereotypes are engrained in children’s lives from a young age, but it’s also clear that young people are struggling to fit in with society’s expectations of them.

Do you think that this will change in the future?

1.What is meant by gender role?

Gender roles are the behaviors and appearances men and women are expected to exhibit by the social and cultural entities based on their gender.

First one is the cause and the other one is the effect. Gender roles can lead to harmful gender stereotypes about how girls and boys should act, look and feel.

The disparities in health, education and bargaining power in marriage tends to be higher in less developed countries which leads to gender stereotyping.

Almost every country has half of its population as females. As gender stereotyping limits women’s opportunities in all sectors as in economic, academic and socio-cultural phases, it ends up affecting the development of the country.

Gender stereotyping prevents the young people from using their full potential and also impairs their learning skills whicheads to depression, violence and low self esteem.

Although gender stereotyping towards men is less common, to some extent, it also takes away men’s right to be what they really are as men are always expected to be strong, brave and independent.

As gender stereotyping is a double edged sword, it ends up hurting both the male and female fraternity. As men are always expected to meet higher expectations and standards set by the society, depression comes to the forefront when they fail to do so.

Gender stereotyping limits the areas, access and creativity of a person and ends up putting on restrictions on the full usage of their potential. Social norms and expectations influence an individual in choosing their desired career,hence affecting productivity.

9.How educating girls can be beneficial in eradicating gender stereotyping?

The education of girls and women can lead to a wide range of benefits from creating awareness among themselves to providing non gender stereotyped parenting for the future generation.

10.What steps can be taken to eradicate gender stereotyping from society?

Several steps can be taken such as by practicing counteracting stereotypes, establishing non gender stereotyped parenting, educating the girls, building leadership skills and self confidence among girls and lastly, by letting the boys come out from their masculinity complex.