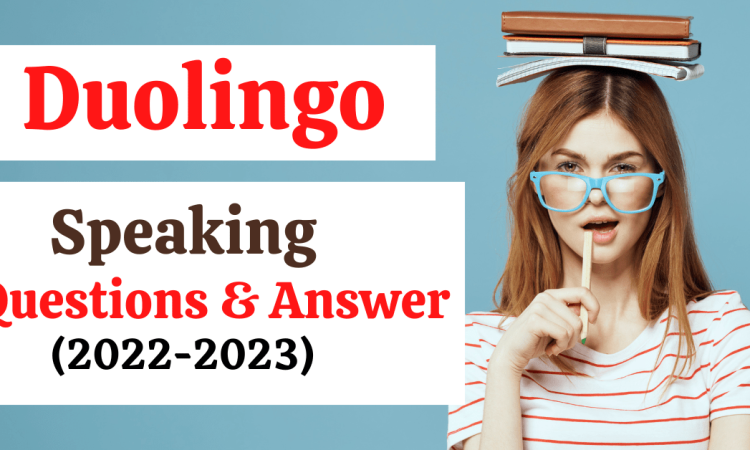 In this globe, there are numerous dress trends. Different nations each favor their own. In my nation, men often wear shirt-pants or t-shirts and pants, some wear lungi and shirts and women typically don saris or salwar suits. A meter-long piece of fabric called a sari is wrapped about the body after being made in a variety of ways. The shirt is longer and the pants have more room in a salwar suit compared to a pants and shirt. Kurta pajamas are similar to salwar suits but come in many styles.

Most individuals in my country dress traditionally in their regular everyday lives. People do, however, tend to wear them more frequently during holidays like Eid, Puja etc as business life sets in. Marriage ceremonies also involve wearing traditional attire.

I believe it has more to do with what you typically wear. Because they are accustomed to them, people who dress traditionally find them more comfortable. Although those who don’t frequently wear them at first find it challenging, they are generally very comfortable. According to my theory, trends in fashion are what the majority of individuals at a given time are wearing. such as donning scarves or specific types of pins. However, style is something that is innate. Therefore, whether you wear the latest fashions or not, if you have style, you may get far. Because you have a great ability to express yourself, it shows in everything you do.

Is there one invention or scientific discovery that you think has had the most impact on society? (Duolingo 1-3 Mins Speaking)

Discuss the invention or discovery and explain how it has changed the world.

Our planet has had the good fortune to experience numerous significant developments during the past couple of centuries, which have greatly improved the lives of its citizens. However, I would like to focus on one of those inventions that has most likely had a greater global impact than any other on the human species. This particular invention is known as the telephone. In simple terms, it is a gadget that uses a microphone and speaker to communicate by converting sound and electrical waves into audible relays.

Numerous individuals had attempted to experiment with the idea of coming up with such an innovation, but Mr. Alexander Graham Bell was the one who finally succeeded in accomplishing so in 1876. Naturally, just like with everything else, when the telephone was initially invented, only the wealthy could afford it because the components required to operate or connect the gadget were rather pricey. The telephone, however, became a standard household item as people gradually came to realize its full potential. This was because it allowed people to communicate with one another no matter where they lived, whether they were maintaining a long-distance relationship or operating a multimillion dollar business in another country. In actuality, once the telephone was invented, communication would never be the same again.

The ease of communication and ability to go about our everyday lives without interruption, 24 hours a day, 365 days a year, are two ways that the telephone has a good impact. It also influenced the creation of office buildings, city centers, and the idea of an urban worker society. Additionally, it has changed the pace of business, which has resulted in the creation of several jobs.

Discuss how a person can gain credibility. (30 Seconds Speaking)

Gaining genuine trust, integrity, and dependability are qualities that any leader in the workplace needs to have. They must be regarded as a reliable source of information and judgment by their team members if they want to build credibility.

However, when it comes to establishing credibility, deeds speak louder than words. For instance, if we risk losing people’s confidence if we don’t keep our word or make poor decisions without a clear plan.

Credibility-building isn’t just for bosses in the office. We can use it to your advantage when seeking a job in your industry. Employers frequently seek people that are knowledgeable in their industry as well as skilled and moral communicators, problem solvers, and decision makers.

Unless it’s extremely bad weather, like rainy or cold, people usually ride my motorcycle to work. I primarily use this particular two-wheel vehicle due to the comfort and flexibility it offers when it comes to parking and going at my own pace.

People haven’t always taken the same route to work because I’ve lived and worked in different locations where taking the bus or subway was a more advantageous choice. In addition, I have previously lived close to both my place of employment and my college. The majority of the major, congested roads where I live don’t really have any designated lanes just for motorcycles. In order to help motorbike riders avoid heavy traffic, adding separate lanes to all main roads and streets would be a significant step toward ensuring a better traveling experience.

It is fairly obvious that people today frequently purchase more expensive items even though they do not have enough money. These are bought in a variety of ways, including using credit cards, mortgages, and many more. Even while the concept of paying with credit is sound, there are still some risks involved. Therefore, both points of view will be considered in the next paragraphs of this essay.

Technology is constantly evolving. Society alters in a number of ways as a result of this advancement. One of them is using a credit card instead of cash. With the aid of credit or debit cards, it is possible to pay bills, finance a home, buy a car, and more. Both benefits and drawbacks of this modernization will be covered in the paragraphs that follow, along with pertinent opinions.

Sometimes while paying back the money they borrowed, it costs them a fortune and disrupts their life, which is the biggest risk to me.

People don’t always agree. Based on your personal experience, what are some best ways to handle a disagreement? (Duolingo 1-3 Mins Speaking)

–  People are different from each other. Every individual has a different point of view and has various kinds of opinions and thoughts. So for this reason people rarely agree with each other. Even if some people are very close to each other, they cannot agree altogether on the same topic. Even family members often struggle to agree upon a specific thing. There are some situations where we have to deal with disagreement and the further proceedings depend upon how we react to those disagreements.

According to me, reacting to disagreements with a positive mindset is the key to keep any situation in a better state. Therefore, I always tend to handle disagreement with keeping in mind the respect of different opinions of different people. I always try to respect the thoughts of other people. For example, back in 2018, one of my friends did not agree with me to go to a place we were planning to go to. While others felt that the place I chose was really a better place still that one specific friend of mine was really stubborn to change the place. Then I considered her opinion and logically said that if she is able to give us insights about the place in a way it would be better for us and if everyone agrees then we will go there. Then she did all these but still none of my other friends agreed to go to the place suggested by her. She got angry and did not have any compromising mindset so she didn’t go.

Think about something you’ve worked very hard to accomplish and that you were proud of. (Duolingo 1-3 Mins Speaking)

What was the accomplishment?

Discuss an obstacle you faced while working on this.

What advice would you give to others if they faced the same obstacle?

-I have never enjoyed being overweight  since it not only makes us seem “out of shape,” but it also has a very detrimental impact on our health. But because I experienced exactly that a few years ago, I had to find a way to get back into shape. As a result, I started to break my eating pattern by cutting out carbohydrates and meat, particularly “red meats” like beef and mutton. I followed a low-carb diet similar to this for a while, but my body weight didn’t really alter. Anyway, after observing little weight loss, I made the decision to walk for at least two hours each day. However, keeping this practice proved difficult.

I even started consuming various fruits and vegetables that, at least to me, did not taste very good in order to meet my aim of “reducing weight.” Nevertheless, I ate them to give myself the much-needed energy boost I needed to continue my regular walk and exercise. I finally began to realize that I was getting close to accomplishing my weight-loss target after roughly 4 months of exhausting work.

Anyway, I’m happy about my accomplishment, especially since many of my friends and family members had warned me that I wouldn’t be able to lose weight since I like eating too much and had a history of being too lazy to exercise regularly. I’m pleased with this accomplishment.

Tell about an article you recently read in a newspaper, magazine, or online.

I enjoy reading newspapers on a regular basis not only so I can stay up to speed with the current news, but also so I can read some educational and engaging pieces on many significant themes. Naturally, since we’re talking about articles, I’d like to discuss one that I just finished reading.

This article discussed how my nation could accommodate the housing needs of its rapidly growing population without destroying its forests or taking up arable land. Naturally, I had read similar articles before, but none of them really went on to describe the crisis and its resolution in as much detail as this one, which I came across a few weeks ago in one of the most widely read daily newspapers in my nation.

The essay went into great depth on how quickly our population has grown over the past 50 years or so, yet no real, timely policy has been implemented to address this issue. And as the article stated, as more and more lands are being utilized to develop homes and other infrastructures in a haphazard manner, our country won’t have enough space to provide the necessary food for its population in the near future if this trend continues. By including sufficient amounts of raw data and supporting proof, the author attempted to offer some realistic answers to our nation’s housing dilemma in the latter section of the piece.

Tell me about a part of your city that is changing.

In the modern world, urbanization and changes of all kinds occur frequently in all cities, mostly to meet the demands of the city’s expanding population. No different from other cities, my city is also experiencing some obvious changes.

Almost anywhere in the cities may see these changes, but the center of the city is where the majority of financial and commercial activity occurs, thus it is there where it is most obvious. But the issue is that walking through this crowded portion of the city’s center now feels a lot like wrestling because there are so many structures, shops, and companies there.

During business hours, the traffic situation deteriorated even further. The local administration has undertaken programs to grow vertically rather than horizontally in order to address this pretty intolerable and unpleasant condition in one of the major cities of my country. Or, to put it another way, some large buildings are being torn down to make way for taller structures.

Anyway, I’m particularly excited about these developments because they will undoubtedly give our city a fresh new look. The citizens of my city, where the unemployment rate is comparatively greater than that of the rest of the nation, will also have more employment chances thanks to all these developments and initiatives.