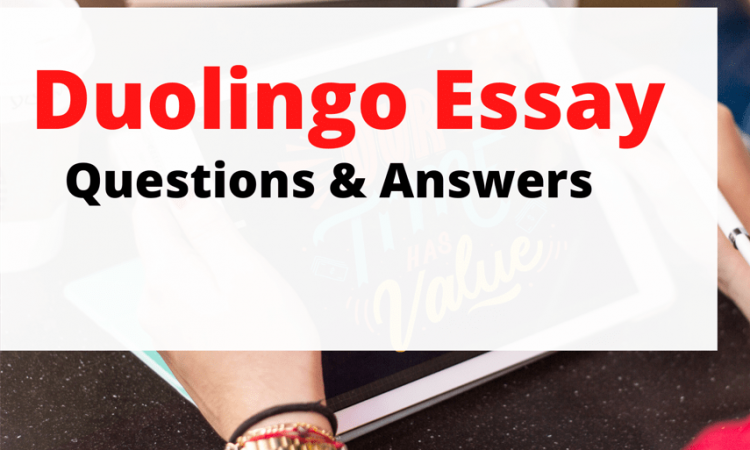 Answer: Using technology to teach students has several advantages such as creating a more engaged environment, improving collaboration, having more scope to connect with the students, etc. Technology also allows teachers to explain complicated theories and concepts to students using attractive visuals, which in turn helps students to learn and understand better. As a result, incorporating technology in the field of teaching has positive effects both on the method of teaching and the students.

Answer: Perhaps the most predominant cause of problematic student behavior is a troublesome home environment. Negligence, abuse, lack of affection from parents at home are some of the causes of students developing problematic behavior and expressing them at school. Furthermore, being exposed to negative experiences in life, having wrong companionship, and low mental health are also causes of problems with student behavior. Most importantly, school authorities aren’t trained enough to handle such student behavior, which in turn exacerbates the issue.

Answer: The last day when I was able to spend time with my entire family was a time when I was extremely happy. It was during the holiday last year and that was the last time I had each and every one of my siblings together at our parents’ house. Now we’re all in different parts of the world, living our lives, trying to make a living. While I do have my fair share of fun every now and then, there is nothing quite like the pure happiness of spending time with your own family.

Answer: I think that children from every generation differ from their previous generation in many ways, and this difference attracts a lot of scrutiny. I believe that the importance of moral values has declined for all people, and that includes teenagers as well. Therefore, while it is safe to say that many teenagers these days have lost regard for moral values, it isn’t true that all of them have done so. So, I do not think that the statement should be generalized for teenagers only.

Answer: During its onset, online shopping didn’t have much credibility as people were afraid of being cheated on through misleading products that were different from what they had expected. However, over time, online shopping has made a place for itself in society, and rightfully so. However, there are still some online shops that are nothing but scams. Last month, I ordered an air cooler online from an advertisement that made it seem perfectly normal. In reality, it did nothing to serve its purpose and was simply an object of no use. That made me not only waste a good amount of money but also feel extremely cheated.

Answer: A prerequisite of my exercise routine is waking up early in the morning at 6 am. After that I go for a quick twenty-minute run. When I get back, I shower and then have a banana that gives me energy to do yoga for the next forty minutes. On extremely busy days, I do yoga for 15 minutes, but make sure I never go below that. Afterwards, I have my breakfast and do thirty minutes of exercise. On most days I do cardio, while I sometimes incorporate a bit of weightlifting in my exercise routine.

Answer: Last year I went to Cox’s Bazar with my parents and my sister. It was during the end of winter, so the weather there was quite perfect. However, the beach was quite sunny, of course. We did a lot of activities such as jet skiing, kayaking, and parasailing. It was my first time doing all of these activities, so I had an amazing time. We also bought a lot of dried fish from the street shops, which is a common tradition for visitors in Cox’s bazar. We relaxed to our hearts’ content and returned after four days of peaceful vacationing.

Answer: I use public transport to travel. So that means I have to get up early to catch the bus. I prefer using an AC bus as the route to my work is quite long and the hot weather becomes quite intolerable. It doesn’t accommodate more passengers than it’s supposed to, which is quite rare for most public buses in the country. And since I have the privilege to afford a fairly developed public transport, I choose to use this bus for my own safety.

Answer: A skill that I want to learn is coding. It is a skill that has a lot of demand in the job market right now. Furthermore, coding is also an integrated part of different kinds of jobs, all of which have scope for many job opportunities. These opportunities are becoming more and more available all over the world, making a skill like coding highly advantageous.

Answer: My dream job would be a position that allows me to make a positive impact on people every day. I would love to work for a company that makes time-saving and life-enriching products that thousands of people use everyday. I would love to be part of a team that finds innovative ways to make products more efficient and effective. To be able to earn a living through something that helps people in one or more ways is the dream.

Answer: I have a best friend of fourteen years. We went to the same school. While we have been friends since grade 1, we became best friends in high school. Ever since then, we have become inseparable, but only in terms of bonding because we now live in different countries. However, the distance has not affected or deteriorated our friendship in any way. If anything, it has made the friendship even stronger. I can’t imagine my life without my best friend.

Answer: My favorite dish is pizza. Its main component is a flat soft bread which can be thin or thick depending on choice. The bread is then covered by a sauce, predominantly ketchup, followed by ingredients such as chicken, beef, bell peppers, olives and many others depending on the choice. One of the most important components of the pizza is cheese which goes on top of it at last. The bread is then baked at very high heat in an oven and becomes ready to eat in 15-20 mins.

Answer: My favorite actor is Leonardo DiCaprio. The reason he is my favorite is because of his sheer versatility. Starting from his attention grabbing role in “Catch me if you can” to his career-defining role in “Titanic”, from his mind blowing performance in “Inception” to his dangerously convincing role in “Shutter Island”, Leonardo DiCaprio is an actor who seems to have no area of weakness in acting at all. The way he adapts to every role and also makes it his own is something that is remarkably rare within actors these days.

Answer: While the internet has definitely taken over many different fields of media and broadcasting, including the radio, it is too bold to claim that the development of the internet will lead to radio becoming obsolete. If we pay close attention to the current status quo, the internet already has all the features of the radio, but radios are still alive and functioning. People still listen to radios in cars on their way to work and throughout the day. People still turn to radio for publicizing events and celebrities. I believe that with further development of the internet, radio will also adapt to changes and hold its place in our lives.

Answer: The name of my favorite book is “Pride and Prejudice”. It is considered a reading classic. It is one of the most popular novels in the English language. Over 200 years after its publication, it continues to win the hearts and minds of readers around the world, thanks to its delightful heroine, unforgettable cast of comic characters, witty dialog, and satisfying romantic plot.

Answer: A time when I spent a lot of money was during last Eid. I had been able to save a great deal of money by that time and had decided to spend a good portion of it for not only myself but also the people I love. I had spent the money on buying my mother a saari, my father a watch, and my sister a bag. I also decided to spend some money on my friends and got a watch for each of my four closest friends. For myself I bought a shirt, a bag, and a bracelet. Although I had spent a lot of money, I never regretted it because of how happy it made me to be able to get gifts for the people I love and for myself, with my own money.

Answer: A time when I worked really hard for something was during my last board exam. It was my graduating exam from school and therefore had a lot of value to it. Besides, every board exam is very important in a student’s life. And since the knowledge I had gained for this exam had implications in my exams for university admission, the pressure was even higher. Therefore, I had to make a routine for my studies, stick to it with discipline, and work hard day and night to ensure I was preparing well for the exam. I’m thankful that the hard work later paid off.